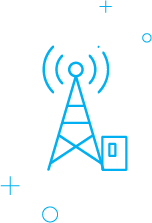 mjunction has been awarded a three-year contract by the DoT for the e-auction of telecom spectrum in various bands. The first event was held last year, when it facilitated the sale of 418.05 MHz of spectrum. This year, the amount more than doubled to 964.80 MHz and brought about an overall 3.35% appreciation in auction value over the reserve price for the spectrum sold. Revenue of INR 1.09 Lakh Cr in 2015 and INR 65,789.12 Cr in 2016 was generated.