Home › Junction Diary › The Magic of the Target Audience

The Magic of the Target Audience

Target segments can be classified in infinite number of ways – age, gender, occupation, area of interest, profession being just some of them. A steel manufacturing company, therefore, will not want to sponsor or advertise at a classical musical evening, however big an event it may be. That is because it is not the kind of event where they will find their target audience – a raw material supplier or a steel consumer. Which is not to say that a raw material supplier or a steel consumer will not be a classical music enthusiast, but a steel conference will be a better place to target them as a captive audience.

And then there is the other kind of branding which also keeps in mind the target audience – but which may not have anything to do with their line of business. A Tata Steel which seeks visibility at a long-distance marathon or a literary meet is a case in point. Here Tata Steel wants to associate itself with causes – health in case of marathon and literature which stands for the finer things in life, in case of the literary meets. Here it is no longer about visibility with a captive target audience. Rather, it is about projecting an image which is all-encompassing and being perceived as an organisation which rises above its own sphere of activity. Thus a media house like Times of India does a campaign on Education of the Girl Child. NDTV associates itself with environment issues.

Return on investment in case of brand building exercises is very rarely tangible. Only very rarely, and that too only in a B2B environment, do advertisers look for immediate and quick returns with an advertisement they have placed in a sector-specific magazine, for instance. So in a magazine like Inside Outside, which caters to the niche segment of interior designers, an advertisement for a new brand of wall tiles may attract immediate response.
There are again some B2B brands which do not want the world to know about them and therefore they restrict their branding and communication to a very select and targeted client and potential client base. Therefore, they may target souvenirs or annual diaries to insert their advertisements or sponsor an event for niche audience visibility. This kind of branding has its own efficacy, and finally it is about how the brand owner wants to position his brand. There are instances of some very successful businesses which many people do not know about.
The target audience thus becomes a very important kick-off point and one worth spending some time over. Once that is identified correctly, the rest of it becomes a simpler exercise. 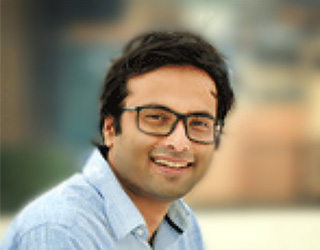