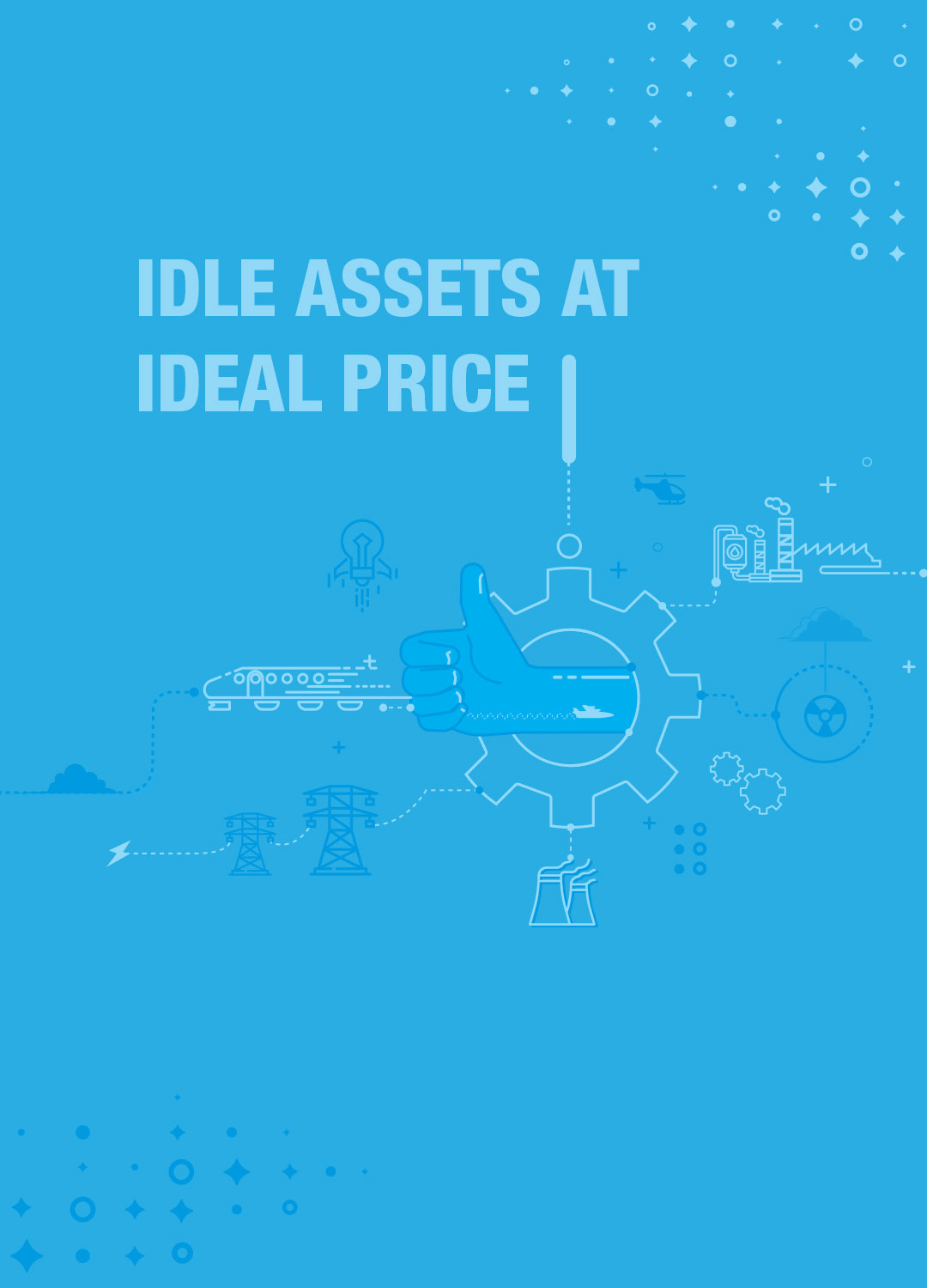 When large capital expenditures are incurred by adding fixed assets, either they are installed in a new geography or the existing old setup is discarded to make way for new plant and machinery with latest technology. The monetization of old/obsolete/idle assets at the right price is a very significant decision that will aid companies to reduce large cash outflows. We provide a platform that unlocks the true value of your Idle Assets and discover the best market price in shortest possible time.

Inspection and Market based Valuation services

Buyer base of over 3000 in different product categories/segments

Thoroughly Inspecting each asset being offered for sale and providing useful inputs to the seller on the optimal disposal mechanism of the material. Our team’s inspection and estimation services entails visiting the plants, segregating the items into scrap, assets that can be refurbished, unused assets and hazardous items. It also involves inventorying the assets and sorting them it onto various categories based on its type and use. This service not only helps to recognize the life cycle time of the machineries but also identifies the hazardous items. The team follows international valuation standards published by International Valuation Standard Council (IVSC).

The objective of this service is to help you realize the best monetary value from their idle and non-performing assets, by selling them to credible buyers at the best market prices. We deal with monetization of your Idle assets; Industrial assets (includes all types of plant & machineries), obsolete spares, regular asset scrap (includes hazardous items), natural resources & immovable assets (land & building). . Enabled by an ecosystem of large cross-geographic buyer base, knowledge of the right price to sell, structured sales force at 25+ locations and a service platform offering 20+ sales strategies. We assure best price realisation and fastest possible evacuation with minimum involvement of your time and resource.

ACB (India) Limited, along with its subsidiaries and associates, is one of the largest coal washery company in the private sector with an aggregate designed beneficiation capacity, on a proportional basis, of 65.61 million tons per annum with operations spread over 19 locations in India.

Birla Corporation Limited is the flagship Company of the M.P. Birla Group. Incorporated as Birla Jute Manufacturing Company Limited in 1919. The Company is primarily engaged in the manufacturing of cement as its core business activity.

eAuction of scrap for Chennai Petroleum

GMR Group is one of the fastest growing infrastructure enterprises in the country with a rich and diverse experience spanning three decades. Using the Public Private Partnership model, the Group has successfully leveraged its core strengths to implement several iconic infrastructure projects in India.

eAuction of Power Plant for GSFCL

GSFC is in the forefront of assisting farmers to adopt climate smart farming operations through its products and services. Its industrial solutions drive nation’s industrial growth while its best practices have set industry standards.

Hindustan Zinc Limited (HZL) is an integrated mining and resources producer of zinc, lead, silver and cadmium. It is a subsidiary of Vedanta Resources PLC. HZL is the world’s second largest zinc producer.

eAuction of Power Plant for IGL

eAuction of helicopter for TATA Steel